10 Years Ahead: Will the gig economy be bigger than it is today? 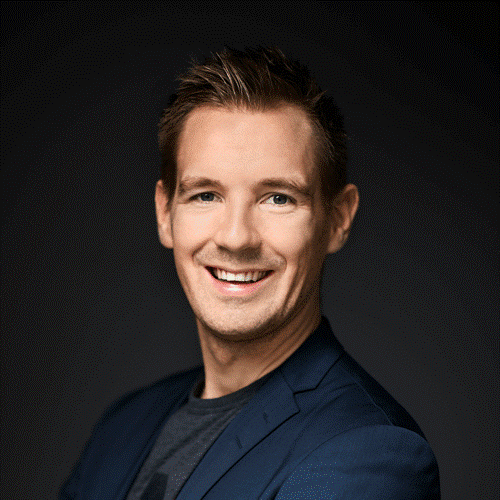 Kasper, running a successful business requires access to rare talents that are not easy to find locally. Is this the reason underlining your decision to run a purely virtual company and hire freelancers?

In my early days as an entrepreneur, most of my businesses were established in Denmark. Then I had a startup idea that I wanted to build and had played with the idea of moving to Southeast Asia simply because of the talent that they have and that it’s becoming the next melting pot for startups. Freelancing is an emerging trend in this side of the world and it’s a no-brainer for entrepreneurs like me. You get quality work at an affordable rate and on top of that, the talent pool is endless. Building my remote team with a mix of freelancers and full-time employees has been the best decision of my entrepreneurial journey. I now run a purely virtual company with 10 full-timers and several freelancers, without having met any of them.

Southeast Asia is developing super-fast. A recent survey reveals that 70 percent of the big companies in India hired freelancers and temp workers in 2018. However, some hiring managers are still reluctant to follow the trend fearing potential quality and loyalty issues. In your opinion, are freelancers and contingent workers less motivated and loyal than the full-time employees?

Not at all. What I like to say to people that ask me is: “Have you ever fired an employee from your business?”. Everyone usually has, and the reasons are always revolving around a lack of performance. Gig employees or virtual workers are no different. There are bad apples, but no one can perform with a lack of training. And you will surely hire the wrong person if you don’t thoroughly screen your freelancer candidates, instead of going with the first and best one.

Gig workers need to be treated not as an agency, but as a real human being like how you would normally treat and train a “normal” employee working for you face-to-face.

From my experience, motivation and loyalty are both a two-way street. Motivating people starts somewhere, and for any team, it starts with its leader, whether or not the employees are full-time or freelancers. The same goes for loyalty. When I first established my startup, I wanted to test the waters by hiring remote freelancers. My typical deal would be an opportunity for long-term employment for as long as expected performance is met. It’s a win-win. When a freelancer performs well, they can get a full-time opportunity. And when they perform well, your business performs well. It’s a shared interest that we’re all motivated to work on.

The philosophy and perception of an employee, and leadership hereof.

Whether it’s being gig-based, freelance, office-based, freelance or virtual, I have a certain set of rules that I always apply to my style of leadership. And I have never met anyone besides myself that picks the low-hanging-fruit when working with people online. Just to share a little background information, all my virtual employees are from the Philippines and nearly all my gig-based employees are from Fiverr.

Soft rules for working with gig-based employees that will give you better results, faster deliveries or both:

Soft rules for working with long-term freelancers or virtual employees

Your leadership (and such your chances for a well-working employer-relationship) starts on the very first initial message you send/receive to/from the employee or freelancer.

Today I employed a person, who was asking for 550 USD/month as a starting salary. I told him:

“You can have 650 as a start, and it will go up to 700 when you pass the 3-month mark, if I like what I see. On top of that, you will get 100 in mixed perks such as home-based internet, health insurance, and a good bonus-structure.”

His e-jaw e-dropped, and he signed the contract immediately. Will he perform? I don’t know. Will he give his best? I have no doubt! And it cost me only a few hundred bucks.

Great insights! Do you think that freelancers having more than one client add value to the company by bringing in fresh ideas and innovation?

Yes. Freelancers know how to hustle. They think differently compared to full-time employees. They’re like entrepreneurs and their main product is their talent and knowledge. And with that mindset, they innovate and improve on their talents because it’s their business. It’s their bread and butter. Whether it’s from having different clients or even continuously learning more about their craft, they always bring in fresh ideas and innovate.

I also strongly believe that this works the other way around. A client believing in the gig economy or a virtual office is relieving the freelancers of tedious things like the 9-5 working hours and the daily commute. With my employees there are usually no rules, they can bring their laptop on vacation, or they can work at night. I don’t care as long as performance is there.

It’s not just the work-life balance and the flexible hours. The gig economy is adding a new source of income. Full-time jobs are no longer making promises of either professional or financial security to today's workforce. Do you think that the gig economy is the future?

I don’t think that the gig economy is entirely the future. There is still value in normal full-time jobs. But the gig economy is definitely going to be a big part of the future. Seeing 10 years back: was gig-based work a smaller part of the world? Yes. Seeing 10 years ahead: will it be bigger than it is today? Without a doubt. Its benefits are shared by both employers and freelancers. On top of that, it has contributed a lot of positive externalities to the global workforce. It has helped single parents to provide for their families and has opened a lot of employment opportunities to the marginalized workforce. I previously hired a writer before who unfortunately had to stop school because they couldn’t afford the tuition fees. He may not have had the work experience yet, but his writing skills were really good considering he had no experience. I hired him for a few months which had helped him get back to school, and on top of that, he was able to purchase a new computer to help him get more gigs. Everyone gets to be their own little CEO. And I love that responsibility being a CEO myself. I may not have hired him to go full-time since he went back to school, but I’m really happy to have helped him on a personal level. If the gig economy can create more opportunities like this one, then I truly believe that it will become a huge part of the future.