Coronavirus: Will It Boost the Adoption Of Remote Work? 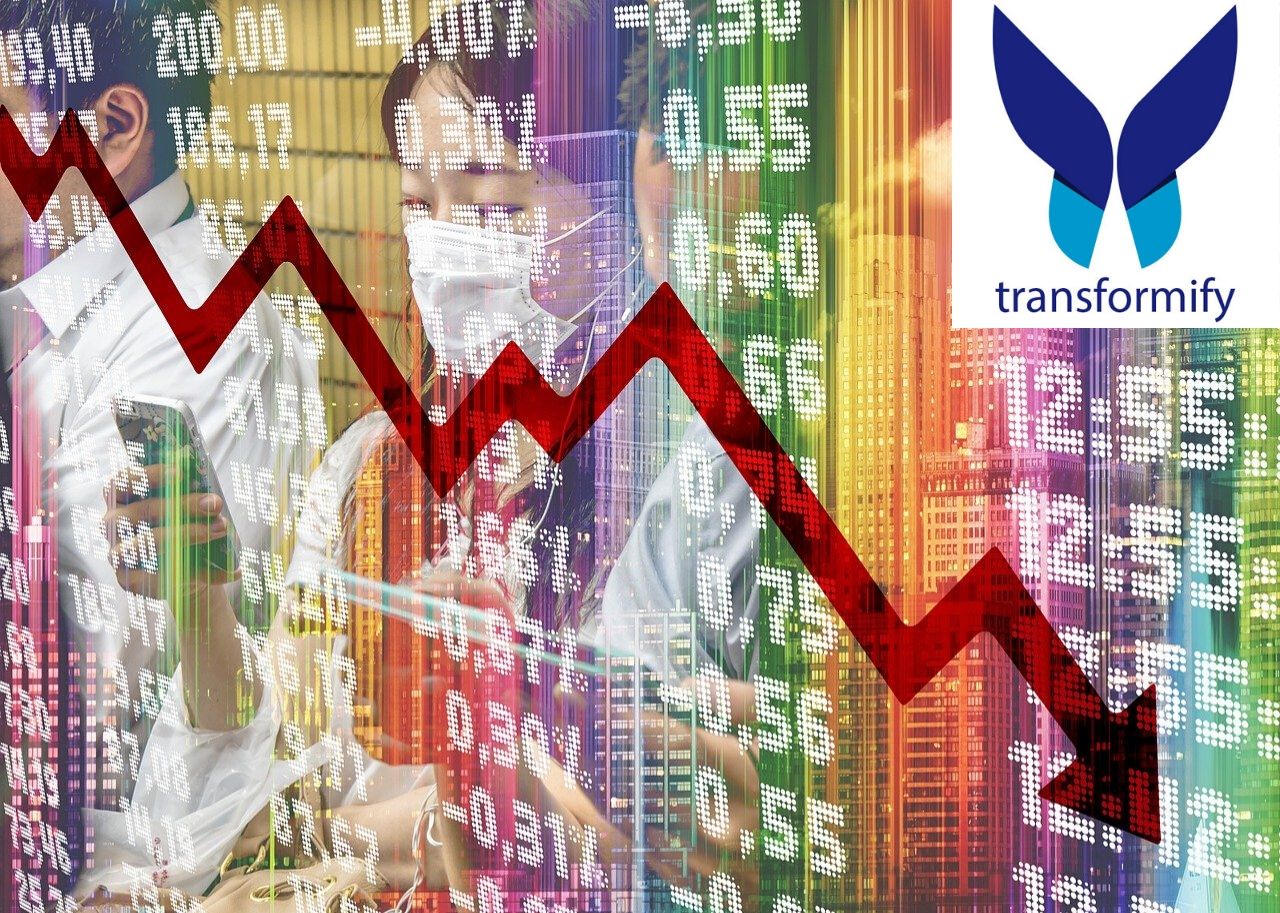 Vibrant cities like Shanghai and Hong Kong out of a sudden look and feel deserted. No traffic jams, empty streets and closed offices and production plants. In an attempt to stop the spread of coronavirus, the local authorities have advised citizens to work from home if possible and limit the time spent on the streets to the minimum.

Those businesses that have already allowed remote working or flexible work in some form were prepared to a certain extent as their employees already had all necessary applications, VPN, etc. installed on their laptops. Managing distributed workforce and remote teams was not something totally new for them. However, more traditional businesses suffered a lot from lost productivity as all processes, communication channels, data security measures, applications, accesses and internal controls needed to be deployed on very short notice. Let alone the fact that not all employees were equipped with company laptops, mobile phones and other electronic devices. Team leads and managers were not experienced with managing remote teams and it took time to get up to speed with the new reality.

What is the impact of COVID-19 on the economies worldwide?

According to the latest data that has been made publicly available (as of the day this article has been published, COVID-19 is already in 50 countries. Apart from panic and fear in the countries where coronavirus cases have been confirmed, the virus has a huge adverse impact on the economy.

As the epidemic started in China, its economy suffered a lot and it’s still too early to predict the total losses. On the good side, the country is probably prepared the most following the SARS outbreak some years ago. Doctors and nurses have been immediately mobilized, entire cities have been quarantined and new hospitals have been built in no time.

Many production plants have stopped working or significantly slowed down as production-related tasks are not something that could be done from home. Although the level of automation in many Chinese plants is high, it is not always possible to rely on it only. Initially, analysts thought that as 99% of the confirmed COVID-19 cases were in China, it would be mostly the Chinese economy that would be badly hit. However, reality proved them wrong.

The reasons are obvious – many international companies have their production plants in China, while others are dependent on the big Chinese market and any decline in the demand for their goods and services can hit their revenue targets.

Probably the first ‘’red flag’’ was Apple’s announcement that the company had revised its revenue guidance due to a slowdown at manufacturing sites in China as well as reduced demand by Chinese consumers. Although Apple is not a Chinese company, its business is dependant on the big Chinese market that traditionally goes crazy about the latest Apple devices. As people are now less interested in purchasing new devices and shopping is cut down to food, disinfectants and medication, it comes at no surprise that both the revenue and production capacity forecasts need to be revised. Circa 5 million jobs in China are related to Apple manufacturing and still, there is no information on how these workers will be compensated as there is a slowdown and the production-related tasks can not be addressed working from home.

Apple is not alone as tourism worldwide has been hit by the declined number of Chinese travellers. Most flights from and to China have been cancelled and it will definitely take time for the tourism industry to recover. Even after the epidemic is over (hopefully soon), people will still be cautious and likely to postpone vacations abroad.

Global airline revenues are expected to fall by $4-5 billion in the first quarter of 2020 as a result of flight cancellations, according to a report from the UN’s International Civil Aviation Organization (ICAO).

Last week, when flying out of Barcelona where no confirmed COVID-19 cases have been reported, I noticed that travelers were reluctant to sit closer to Asian looking people at the airport. The perception that anyone who looks Asian may have just landed from China, Japan and Korea, will stay there for some time badly hitting tourism globally as the travelers from these countries are among those who travel and spend the most abroad. ICAO also forecasts that Japan could lose $1.29 billion of tourism revenue in the first quarter due to the drop in Chinese travelers while Thailand could lose $1.15 billion.

Speaking of Korea, I am very surprised by the bad news that COVID-19 has spread there. After living in Korea in 2017, I could say that this is one of the most organized and clean countries I have ever visited (and I traveled the world). The level of hygiene is outstanding and so is the discipline. At the beginning of the outbreak, there were very few confirmed cases and the authorities kept the situation under control.

When it came to preparation, it helped that South Korea had one hell of a practice run: the MERS outbreak in 2015 that caused 38 deaths. Without knowing what virus would hit the country next, the Korea Centers for Disease Control and Prevention (KCDC) devised an ingenious method of testing for any type of coronavirus and eliminating known strains of coronavirus such as SARS or MERS to isolate the new variant of coronavirus. Being a high tech nation helped a lot too, as the government was able to leverage technology and track everyone who traveled to or from China, mandated that they download an app and report their health condition daily and tracked the activity of those infected prior to being diagnosed.

However, a day ago, it has been reported that the confirmed COVID-19 cases have reached 2002, the highest number outside of China. At the same time, the highly efficient Korean health system and well-trained doctors have managed to keep the death cases to only 13 so far. If the COVID-19 outbreak in China was related to the so-called ‘’wet markets’’ and poor hygiene, the story in Korea that is obsessed with hygiene is totally different. If it was not for a secretive Christian cult known as the Shincheonji Church of Jesus, the spread of the virus in Korea would have probably been very limited. The Shincheonji Church of Jesus has a big member base, and so far, it has contributed to more than half of the confirmed coronavirus cases. More cases are expected as at the moment checks are performed on more than 210 000 members or the secretive entity.

On top of that, Hyundai temporarily closed its production plants in Korea due to shortages of parts produced in China.

The same happened in Japan as Nissan closed its plants due to production slowdowns in China.

Is Remote Work Popular in Asia?

Back in 2017, I moved to Korea to expand Transformify’s business across Asia. We are an all-remote company and although the concept is well-known in the USA where businesses and investors alike are asking ‘’What is your remote strategy’’, in Asia the perception is totally different. In Korea and Japan, remote work and work from home are rarely an option. Most people aged 40 and above find it unacceptable to leave the office if their colleagues are still there and working very late, even past midnight is not something extraordinary. Work flexibility is still not something most workers ask for or expect during a job interview. Managing remote and distributed teams requires different skills and it is hard to predict how quickly will be the managers adapting to a remote working reality if out of a sudden entire divisions are asked to work from home as it happened in China. On the good side, as most workers work overtime and regularly continue working from home in the evening to catch up with all projects and tasks, the workforce is well equipped with the necessary electronic devices, applications, software licenses and everything else that is needed if they are asked to work from home. The high level of discipline Korea and Japan are known for will also help to reduce the negative impact on the economies of the two countries.

What is the situation in Europe?

If Asia was somewhat prepared to a force major situation given the SARS outbreak years ago, Europe was not as prepared. Initially, COVID-19 cases were confirmed only in a small city in Lombardy within 60 kilometers from Milan. Within 24 hours of the announcement, 5 elderly people already died. However, it is worth noting that the population of Codogno consists mostly of elderly people and some of them were already ill when infected with coronavirus. Nevertheless, on Feb 23rd “red zones” were set up around the infected areas. In nearby Milan, people were advised to stay at home when possible, schools, universities, cinemas and the legendary opera house, La Scala, were closed. People were buying food, non-prescription drug and disinfectants in excess in fear that the supplies in the following days and weeks might not be regular.

Some businesses kept their offices open while others decided to close them completely. Remote work and work from home are not that popular in Italy although in recent years some companies were more open to flexible working allowing their employees to work from home a day per week or a certain number of days per month. As COVID-19 outbreak was not anticipated by the business, very few companies were ready to deploy their disaster recovery plans although most of them had such plans outlined. Equipping all employees with the necessary laptops, electronic devices, applications, software licenses and more was not something that could have been done overnight.

The negative impact on the Italian economy is yet to be measured as still there is very limited data that has been made publicly available. While businesses were figuring out the best course of action, inside a frantic Borsa Italiana, share prices were collapsing.

Although there are flu outbreaks in most European countries almost every year, these mainly result in closed schools and universities. Most offices and production plants continue to work as usual and the impact on productivity is mainly caused by slowdowns due to an excessive number of workers on sick leave.

Many companies allow their employees to work from home a certain number of days per month and flexible work is something the younger generation is asking for during job interviews. Most employees are well-equipped with laptops and electronic devices and can definitely work from home for extended periods of time if necessary.

As the population of Europe is aging and talent is scares, in many tech hubs like Berlin, London, Paris, Vienna, Lisbon and Barcelona, it becomes a norm to have part of the workforce working remotely from another city or another country. The number of self-employed and freelancers is also constantly increasing year on year as people realized that their skills can be the foundation of their own business and they can earn much more than salaried employees. This is especially valid for software developers, software testers, project managers, designers, copywriters and everyone whose skills are on-demand on the market.

If in the past remote work was seen as a ‘’perk’’ and few companies were eager to adopt a flexible working concept, nowadays remote work becomes an integral part of the disaster recovery plans. Culturally, businesses in countries like Japan and South Korea are centralized and location-oriented. The hierarchy and internal controls are robust making flexible working arrangements harder to adopt and implement. At the same time, it’s remote work that can decrease the traffic jams, pollution and the long hours workers spent in the office. Sadly, it was coronavirus that forced businesses into that direction. However, on the good side, many businesses in Asia wouldn’t even try remote working out if it wasn’t for the outbreak. There is something good even in force major situations like the one we currently live in.

Are you looking to hire remote workers and freelancers? Start your 7-day Trial with Transformify now!