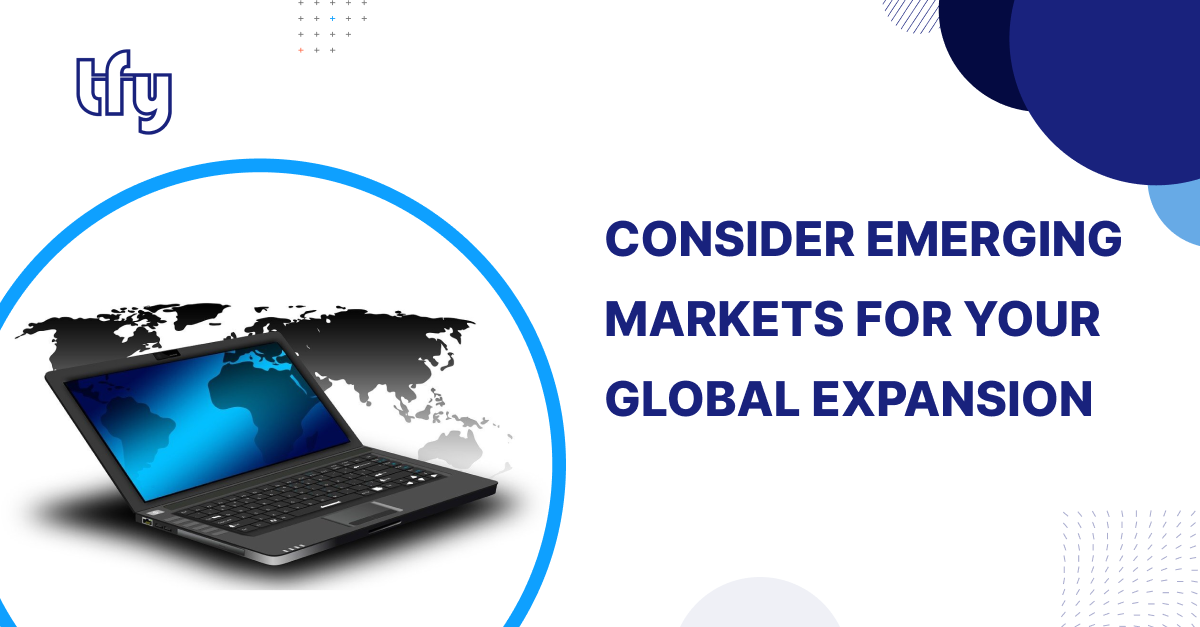 Globalization is the most significant challenge facing multinational firms today, especially in the emerging markets of Russia, Brazil, China, and Mexico. Companies are also well aware of how difficult it has become to pinpoint internationalization initiatives and decide which nations to conduct business with. A country that is in the process of moving from a developing to a developed stage is considered an emerging economy or market. Every market has its own unique advantages and obstacles to enter. However, global businesses evaluate a variety of considerations before expanding their operations into a new market.

Multinational enterprises are seeking the most suitable regions to establish their businesses so they may prosper over the long run as they get beyond the fast-changing market conditions. In the past, emerging markets were a relatively unexplored area of global investing. But today, these nations with rapid economic development have a growing impact on the world economy and are responsible for driving more than 50% of world economic growth. Let's examine emerging economies and global expansion possibilities.

Emerging Markets As The Pocket Full Of Potential

Due to the likelihood of large returns and the fact that these economies have experienced faster GDP growth than developed markets, investors choose to invest in emerging markets. A developing economy often integrates more into the international economy as it grows. Consequently, it may result in higher trade volume, FDI, and enhanced liquidity in the stock markets. Emerging market governments often implement measures that support industrialization and prompt economic expansion. Quite often, there are special tax regimes and benefits encouraging foreign investors to move in and create jobs.

Being the region's strongest economy, Brazil has played a vital role in accelerating economic growth in LATAM. Brazil is an extremely lucrative market because of its size and development possibilities. Prospects for the nation are promising due to its robust infrastructure and relatively predictable inflation rate. Its domestic economy expanded by 0.6% in 2019 and is projected to continue expanding due to international investment and upcoming infrastructure projects. Fintech businesses have been thriving in Brazil in the last 10 years as more and more people have access to internet and cheap smartphones that give them access to mobile payment apps.

The booming population of Brazil is a talent pool many multinational enterprises are interested in. The shift to remote work and the easily affordable vendor management systems allow seamless sourcing, onboarding and management of remote teams while fully automating billing and payments.

Although the war with Ukraine and the imposed sanctions limit the access to the Russian market, many multinational enterprises have not given hope on their Russian market expansion once the war is over. Russia is another emerging economy where businesses can attract investors and sell products and services at scale. Russia's GDP grew exponentially between 1999 and 2008, driven mostly by oil exports as well as a surge in oil prices. Russia is the seventh largest internal market in the world and the first in Europe. As announced by the World Bank, Russia's economy ranks sixth globally in terms of GDP when measured using purchasing power parity, and it is expected to continue to rank in the top 10 by 2030.

India positioned itself as an expanding economy in 1991 after enacting significant economic changes, including trade openness. India's economy has been expanding consistently and at a rate that is considered high. In the previous ten years, it fluctuated a bit because of political unrest and economic changes, averaging 7.1% on average. With 65% of the population under 35, it boasts exceptional young demography. A study claims that India's GDP grew by 5% between 2019 and 2020. India’s vast talent pool is of interest to many international businesses open to hiring remotely overseas. Known for its abundant engineering talent pool, India attracts outsourcing hubs and multinational R&D labs. The fact that a sufficient percentage of the educated workforce speaks English is also a big plus. As the purchasing power of the population grows, over time, India will become an attractive market for many foreign investors.

Since 1978, when trade liberalization and economic reforms were implemented, the Chinese economy has grown by 10% annually. Public spending, a growing industrial base, and exports have all fueled China's industrial prosperity and wealth creation. Every company seeking global expansion considers expanding its operations in China since it is an economic market that is expanding and has a plethora of opportunities. Still, there is a lot to be done with regard to the legal system and the protection of intellectual property ( IP) rights. The complex labor legislation is another challenge faced by foreign investors.

Last but not least, incorporating your company in Singapore is a smart way to expand into Asia because the country offers a stable, advanced legal framework. The nation is ideally suited for business growth because of its minimal tax burden and easy-to-access labor market. Recently, Singapore introduced new visa rules encouraging highly-skilled talent to move to the country. Its strategic position, strong manpower, business-friendly climate, and forward-thinking economic policies have made Singapore an ideal market to incorporate your company. Often, Singapore and Hong Kong are seen as the gates to Asia and the Chinese market in particular.

The robust licensing regime makes Singapore a go-to market for fintech companies. From card issuing to payment processing to merchant acquiring to P2P lending, many international fast-growing fintech businesses thrive in Singapore establishing their Asian headquarters in the country.

The most prominent emerging markets include the BRIC nations of Brazil, Russia, India, and China. Companies who are equipped to penetrate these emerging markets and capitalize on the expanding demands of their booming population will have limitless chances. There are obviously risks associated with market expansion, but generally speaking, these markets shall not be overlooked by visionary investors able to hedge against political instability and fast-changing local legislation.