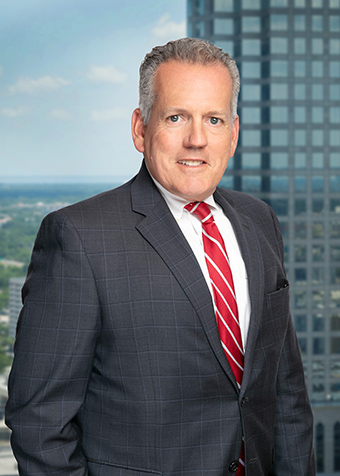 Gregory A. Hearing is a shareholder at GrayRobinson where he has focused his law practice on management labor and employment for his entire career. He represents local and national management clients in a variety of matters before courts, arbitrators, and state and federal administrative agencies. He also serves on the Executive Council of the Labor and Employment Law Section of The Florida Bar and previously served as its Chair.

Gregory, why do companies hire gig workers and freelancers?

The short answer is that companies hire gig workers and freelancers to save on labor costs.  The full answer is more complex because companies hire 2 types of gig workers and freelancers.  The most commonly hired gig worker/freelancer is the nonprofessional worker who provides services which are usually mundane in nature, requiring very little if any training or expertise.  While not requiring any specialized skill sets, much less a diploma, such workers often include rideshare drivers, delivery drivers, Instacart shoppers, and other related gig positions which almost any individual with a clean background check can perform.

The second type of gig worker/freelancer is not as prevalent but is equally if not more important to companies.  This type of gig worker is an expert professional who possesses a unique set of highly advanced skills.  Such professionals usually are so skilled and highly valued that an employer cannot justify employing them full-time.  Companies usually request assistance from such professionals for unique projects.  Such projects are usually limited in time and scope and these gig workers/freelancers are frequently paid top dollar for their services.  Examples of this type of work include executive consulting, IT contract work for limited and/or special projects, contract attorney positions, accountants, special marketing campaigns, and other work that requires highly specialized workers for a brief period of time.  Notably, unlike nonprofessional gig workers/freelancers, this type of worker will usually qualify as exempt under the Fair Labor Standards Act (“FLSA”) even if he or she is not already considered an independent contractor.

While there are many reasons employers hire non-professional and/or professional gig and freelance workers, one fundamental reason remains constant among all others.  Gig workers and employers enjoy a mutually beneficial symbiotic relationship which allows both parties great flexibility to ensure maximum efficiency.  Nonprofessional gig workers provide employers with a constant supply of jobseekers who require minimal human resources and/or managerial oversight combined with limited financial investment.  Similarly, professional gig workers/freelancers provide employers with specialized services with no strings attached and no long-term financial commitment on the part of the employer.

Although many non-professional jobs are not suitable for the gig economy, those that are, provide many benefits to employers when employers need gig workers to fulfill such unique positions.  The greatest benefit is that employers are able to tap into a massive potential workforce where capitalism controls both the gig worker and the consumer, thus requiring limited employer oversight.  For instance, the concept of supply and demand drives not only the prices of certain services but also directly impacts the number of gig workers willing to provide such services at any given time, thereby creating a near-constant equilibrium.

An example of this model working at its highest efficiency is Uber surge pricing.  When the number of Uber riders requesting fares exceeds the number of Uber drivers in a certain area, Uber’s algorithms automatically increase the rates for the specific area.  This practice decreases the number of ride requests while the rates are surging while effectively encouraging Uber drivers in other areas to begin moving toward the higher fares.  Once the area is saturated with drivers, the rates go back down and those riders patient enough to wait out the rate surge obtain rides from the remaining Uber drivers in the area.  The most enticing element of this model for a company such as Uber is that almost no oversight is required and therefore a cadre of employees to supervise its drivers remains unnecessary.  This efficiency saves Uber an enormous amount of money which results in a substantial increase in profits for Uber and lower rates for the consumer.

Professional gig workers rely on and thrive off their reputations and their continuity of work depends upon their motivation to maintain the same.  Similarly, nonprofessional gig workers are regularly rated and statistically monitored based on the level of service they provide to their customers.  Therefore, both classifications of gig workers are usually highly motivated to provide the best service possible.  While full-time employees can be highly motivated, both professional and nonprofessional employees can become complacent in their positions and lose the motivational drive that they might otherwise have if their job was literally on the line on a regular basis.  For example, if an Uber driver provides a negative experience for a consumer or consistently receives poor ratings, Uber can remove that driver’s privileges with the click of a mouse.

As for loyalty, fulltime employees will almost always be more loyal than a gig worker or freelancer.  Gig workers are constantly chasing the bigger paycheck and will do whatever it takes to obtain the same.  For instance, many rideshare drivers have more than one phone so that they can monitor more than one service at a time such as Uber and Lyft.  In fact, the disloyalty of gig workers is what drives the competition between gig employers in their never-ending quest to make themselves more appealing to gig workers.

It’s not only rideshare drivers but also skilled designers and engineers who have registered accounts with many freelance platforms and work for multiple clients at the same time.  Do you think that freelancers having more than one client add value to a company by bringing in fresh ideas and innovation?

Freelancers enjoy a unique experience in that they are able to move from one employer to the next in quick succession with each move exposing them to distinct methods of business operation and the ideas and creativity of numerous colleagues.  This allows freelancers to build a repertoire of fresh ideas and innovation while expanding their own ability to synthesize such exposure to a heightened level of creativity for fabricating their own unique ideas.  This ability adds enormous value to a company that utilizes freelancers and can greatly influence the creativity of the company’s full-time employees as well.

Companies must use caution when utilizing professional freelancers on sensitive projects and ensure that the company is protected by the proper nondisclosure and confidentiality agreements.  If a project is particularly confidential or strategic, a company should consider whether a non-compete agreement may be necessary for the duration of the project to avoid the exposure of trade secrets or other highly confidential information as gig workers are notoriously disloyal.

Full-time jobs are no longer making promises of either professional or financial security to today’s workforce.  Do you think that the gig economy is the future?

As long as laws and regulations remain favorable, the gig economy will grow.  With constant advances in artificial intelligence, automation, communications as well as ongoing innovations in the gig economy, we are not far from a world in which many professional jobs are performed piecemeal by gig workers working on their personal computers in non-traditional workspaces.  Our future could include blue-collar workers such as HVAC specialists, plumbers, and electricians no longer working for a single company but instead registering with virtual marketplaces which will allow them to pick and choose jobs with the swipe of a finger.