Gig Economy: Is hiring freelancers the fast track to a 4-hour workweek? 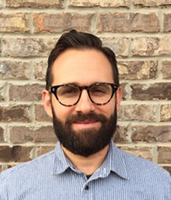 The ‘’Gig Economy’’ series sheds light on the future of work and the pros and cons of hiring freelancers and gig workers.

Our guest today is Josh Ladik, President of GSA Focus.

Josh, many entrepreneurs dream of building big teams in-house and raising funding. Why do you hire gig workers and freelancers?

I started GSA Focus in 2006 and ran it as a solopreneur for about 4-5 years. But, once my client list grew to about 200, I needed help. I was simply not keeping up with the workload, and customers were noticing it.

My last job, managing operations and accounting at a small Security Integrator, taught me about the headaches that come with employees. I am talking about payroll, state & federal paperwork and registration, etc. Plus, I had just read ‘The 4 -Hour Workweek,’ so I was ready to try out the use of freelancers. I knew that there would be some very big challenges going this route, but I really do not like all of the paperwork and tax payments with employees.

I also like the ability to expand my workforce quickly and on-demand, typically on a task-by-task basis. Also, if sales dip, then I can scale back down quickly. Training a freelancer is about the same as an employee, I have some really good training tools for the majority of the tasks I need help with. So, I can train someone while they are contributing.

Impressive! Training and getting new hires up to speed are a bottleneck for most businesses. There is another concern though – motivation, as gig workers are not there to stay. In your opinion, are freelancers and contingent workers less motivated and loyal than the full-time employees?

Not that I have found, they have an organized approach and tend to enjoy the variety that freelancing brings. It is a very different arrangement than a W9 relationship. Having experience working with both employees and freelancers/contingent workers, I would say that freelancers are more motivated.

Most freelancers show eagerness to learn the processes and excel because they tend to see their situation as enterprising. On the other hand, oftentimes, employees become disgruntled by something and their quality of work suffers. Freelancers see things on a task-by-task basis, while employees are always looking towards the future and making decisions based on what is best for their career. Freelancers live in the moment and just want to do a good job on the task at hand, while employees can let their own motives govern their output.

Another really great thing about freelancers is that they can be anywhere in the world. English is a pretty common language in Europe, India, the Philippines, Latin America, and pretty much anywhere. So, a freelancer from another country can have great advantages when it comes to motivation. First, the US Dollar goes much further outside of America. So, US companies can experience savings. But, at the same time, international freelancers enjoy a good income for their locality. Second, there is a novelty in working with someone from another country that makes the interaction enjoyable.

Cultural diversity always adds value, especially when entering new markets. However, do you think that freelancers having more than one client add value to the company by bringing in fresh ideas and innovation?

Somewhat, yes. If they have worked with a variety of businesses, then they have likely learned "tricks" from every gig. Over the course of several years, their capabilities and speed improve. They become a “Jack of all Trades.” I have had a freelancer hand back a completed task with head-spinning speed because they knew how to use excel to automate the data entry.

Most of the freelancers I have hired, came from a job, have sufficient experience and enjoy the freedom that their gigs allow them. So, they often have a good amount of experience from employment, plus the variety of industry and task-based experience from freelancing.

On the other hand, you do not want to be competing with a large group of clients. If a Freelancer is spread too thin, then their work suffers in quality and speed. I have found that most are good workers overall, and understand business technology (MS Office, Gmail, etc.) really well. However, one of the biggest challenges is managing freelance tasks within a schedule.

In an office, with employee workers, you can sit them down and tell them what to do and give them a deadline. The law around using a 1099 worker is very clear about how I cannot tell them when to work. This is usually not a problem with my contract workers that I work with daily. However, sometimes these limitations will creep in and cause some delays or other issues.

For specialties like marketing, SEO, and other areas where freelancing has become very common, I have found that these one-off services almost always fall short. I will not use Fiverr or sites like that because the quality is typically the bare minimum, while a long-term Virtual Assistant has yielded great fruit.

On the topic of freelancers bringing in “fresh ideas and innovation,” this is not something I have seen very much of. If you are looking for someone to mentor and take over a division of your company, then an employee is by far the way to go. However, if you want to assemble a team to train and attack your workload (mostly as a consultant), then freelancers can work really well.

Full-time jobs are no longer making promises of either professional or financial security to today's workforce. Do you think that the gig economy is the future?

Yes. But to some degree, the system will shift slowly because it is the norm. I expect more and more freelancing because it has great benefits for employers and freelancers. Government intervention and taxation has driven many businesses to consider and adopt the 1099 contracting model. As employees are moved to part-time and lose benefits, they choose to just take matters into their own hands and freelance.

Freelancing has pros and cons, just like being an employee. And hiring a freelancer also has pros and cons in a different way. However, the freedom on both sides makes for a great business relationship. It is not one-to-one, but many-to-many. The financial security for a freelancer is dependent on having a few very good relationships that are well managed and last a while. They are running their own small business. It is in the freelancers’ hands – if they are reliable, trustworthy and communicate well, then they will thrive in the gig economy.