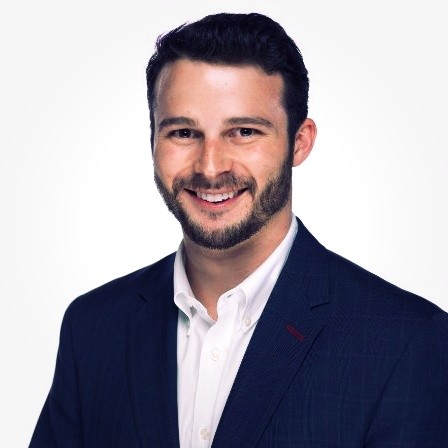 Some early-stage startups rely on freelancers to optimize costs and extend the time until the next funding round. Why do you hire gig workers and freelancers?

It’s a combination of factors! Red Stag Fulfillment is a pretty agile company, and right now we're still at the point where despite a lot of growth, we don't have room to bring anyone on full time. It's also a question of getting the most bang for our buck. There are lots of projects and jobs that need doing, and being able to draw from a small pool of multi-talented people who can write articles, email newsletters, video scripts, and anything else creative that we need help with is great!

At the same time, it's very expensive to retain top talent full time, so contracting three different people to each put in between 15 and 20 hours per week gives us a lot more room to maneuver in terms of cost. Another benefit of having freelancers work with us is that we’ve been able to test out working with different marketing professionals to see how they fit. It’s a lot easier to do a trial run with a contractor and take stock after a month or two to decide if they’re the right match for the company. We’ve mostly had success with the people we’ve brought in, but if I were to test out a gig worker who turned out to not fit in with our company culture, it’s definitely a lot easier to go our separate ways if they’re a contract worker.

Trial runs saved Transformify lots of headaches and cash. Some people are good at selling themselves but not capable of performing the job or not diligent enough. In your opinion, are freelancers and contingent workers less motivated and loyal than full-time employees?

I would say so if I hadn't already worked with some of the same freelancers for as much time as our full-time crew here. The bottom line is everyone, freelancer or not, has bought into our processes. It’s possible to have full-time employees who aren’t loyal to the company and freelancers who go above and beyond, and vice versa.

The first step to ensuring we avoid bad apples happens during the application and interview process. Since I do all the hiring in my own department, I don’t have the luxury of outsourcing interviews or reading cover letters to anyone else. That’s a hidden blessing, though.

I have screened out plenty of potential misfits by handling the hiring process myself. Again, if something were to change and one of the freelancers, we work with was unhappy for whatever reason, we could quickly cut the ties as needed without the hassle of going through any sort of unemployment arbitration like conventional jobs. That being said, I have a fantastic working relationship with the people on my team, and I would like to think that if one of them had to stop working with me they would give me the courtesy of a two-week notice.

A two -week notice provides flexibility but at the same time, you may need extra help when it is not available. Do you think that freelancers having more than one client add value to the company by bringing in fresh ideas and innovation?

Absolutely! In fact, working with a freelancer who juggles multiple clients can add major value to the company. One of my writers has one other client in a completely different niche from our own industry. He's a consultant for a major tech non-profit organization, and he writes fundraising copy for them. At times, he has suggested creative processes, such as collaborative brainstorming sessions, that we hadn't really thought of doing before. Being able to apply practices from a different field and make them work here is definitely a useful part of having people like that on our team.

Another one of my writers has a more technical background and runs his own small agency that focuses on supply chain and logistics companies. He’s got a ton of contacts in our industry, which is really useful from a marketing/PR angle because one of our major objectives is to constantly find new outlets for publication. Every single one of our freelancers has its own unique approach. In the long run, I think that their diverse backgrounds and clientele make them greater assets to our company. If nothing else, it means that we all have some pretty interesting stories to share about work when we do gather together, because we all spend time working on very different projects.

You mentioned that one of your writers is running a small agency of his own. Actually, many freelancers see themselves as entrepreneurs running small businesses of their own. Full-time jobs are no longer making promises of either professional or financial security to today's workforce. Do you think that the gig economy is the future?

It does seem to look like that. As long as what we have continues to work, there's no reason why that will change. Our compensation is competitive with full-time employment, and I'd like to think the fact that we offer the benefit of fully remote and flexible work hours makes it a pretty attractive prospect.

On the other hand, if one of our long-term freelancers expressed a desire to become a full-time employee, we would definitely sit down with them and have a serious conversation about what that looks like. About a year ago, one of my first hires discussed potentially joining up with us as either a salaried employee or at least working to the point where they averaged more than 30 hours per week with us. And the truth is that we both realized that things were great the way they were! He was happily working part-time for us from the comfort of his home on the other side of the country and didn’t really have a desire for that to change. Will he always feel that way? Maybe not, but it’s clear that he’s comfortable with his role as a gig worker and I think a lot of people feel the same.

Remote teams have different dynamics and require robust processes and efficient communication channels. Is it easier or harder to manage remote teams?

The hardest part about managing remote teams, at least in my case, is that we have some serious time zone differences. Not to mention lifestyles! That being said, we have never had issues with remote workers missing deadlines or underperforming. Something I learned early on when I was studying for my MBA was that you shouldn’t micro-manage producers.

Here’s a great example of that: One of our writers is a true digital nomad. When I first hired him back in 2016 he was spending the summer in San Sebastián, surfing during the day and eating world-class tapas at night (I’m definitely a bit jealous of his lifestyle!). But it’s never mattered where he’s been in the world; he’s never missed a meeting, never sent over a blog draft late, and his work has always been top quality. At the end of the day, I respect the autonomy of our remote workers to do what they do. As long as they’re professional when it comes to the work we pay them for, it’s none of my business whether they decide to work from home so they can take care of their newborn child or decide to hike Kilimanjaro and live in a hut on the beach in Zanzibar :)